PROVOCATION MAY LEAD YOU TO SMART(ER) MARKETING 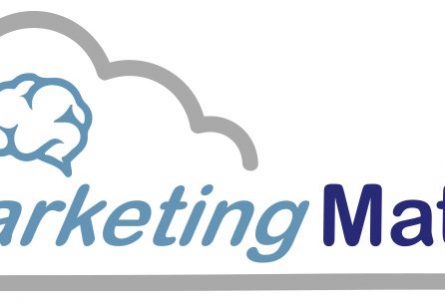 I had lunch in Barcelona this week with a client, who is an authentic marketing professional, and also a colleague, and friend. He flew in from Geneva to meet with me. He read chapters from a new book that I will be releasing, hopefully, by mid-year. It is titled, AVOIDING CRITICAL MARKETING ERRORS – How to […]

STANDING UP FOR SOCIAL ISSUES

Surveys show that many adults support brands taking a public stance on social issues. According to a YouGov reported survey, 27% of Boomers (55+), 41% of Gen Xers (35 – 49) and 49% of Millennials (18 – 34) are in favor of brands addressing social issues. While this may be the case, we are witnessing […]

Believe it or not, I once had to have a commercial shot three times. The same, exact storyboard. Yes, not once. Nor twice. But three times! It was the commercial, in which the character declared, “Introducing the REACH Toothbrush from Johnson & Johnson.” So, what happened? Well, the first commercial shoot went as planned. However, […]

AND THE AWARD GOES TO …

It’s the moment we look forward to when we hear, “And the award goes to …” Yet this is another practice (along with attending commercial shoots) that marketers are instructed to avoid, participating in advertising awards. We, marketers, are brainwashed into rejecting the very notion that we, or our agency, should stoop so low as […]

SHOULD YOU ATTEND COMMERCIAL/PRINT SHOOTS?

I had a conference call the other day with a senior marketing manager of a leading QSR (Quick Service Restaurant) chain. He was in Los Angeles at a commercial shoot. Many organizations advise or have policies against marketing personnel attending commercial and print shoots. The rationale is that marketing addressed (or should have addressed) production […]

A TOWERING EXAMPLE OF OPPOSITIONING

Zion Williamson is a college basketball phenom. Zion, 6’8” and 285-pounds, whom many consider to be the number 1 pick in the NBA 2019 draft, at a towering 6’8″ and 285-pounds, has missed playing Duke’s last five games due to a sprained knee. The incident occurred in the first minute of play against their great […]

While not meaning to be peevish, I clearly have my peeves regarding certain pricing practices. One such practice that immediately comes to mind is the taking of annual price increases to grow revenues. What disturbs me about this is multifold: Typically, there’s no added-value provided to customers. It’s about charging the customer more for the […]

PRICING – AN IMPORTANT BUT UNDERUTILIZED “P” OF MARKETING

All marketers know the 4-Ps of marketing – Product, Placement, Pricing, and Promotion. And, if you are familiar with our work and read our books and blogs then you know there’s a fifth “P” – Positioning. You also know then that Positioning is the most important “P,” as it the one that directs our strategies […]